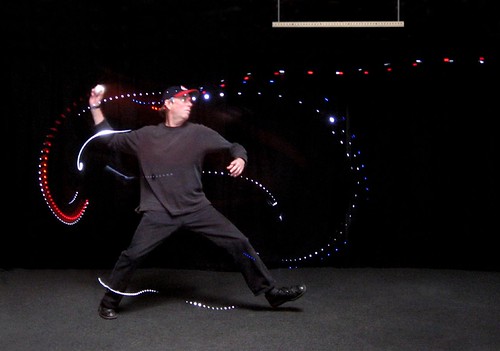 When we’re not spending time debating on the right way to code websites—CSS, tables, and all—we’re probably stressing over the details that go into the design process itself.

It’s never a one size fits all solution when we’re faced with these issues, but I feel like we’re in this exciting transition in the web design industry where it’s better than ever to reevaluate methods and try throwing curveballs.

HTML, CSS, and JavaScript are more powerful than ever, and designers such as Meagan Fisher and Andy Clarke want us to present live mockups of in the browser instead of in Photoshop. The reasons and advantages are compelling:

Of course you’ll still have to break out Photoshop to create graphical details, but prototyping kits and frameworks should speed things up too. Also, the overall idea is to manage your client’s expectations and move towards a live, realistic mockup instead of a static one.

Show only one mockup

Should the number of design proposals really vary from one client to another? Andy Rutledge is firm on his belief that it should always be one, and the logic is simple:

…if the designer is sufficiently competent there is almost always one best solution to the design challenge.

Dig deeper and you will find that the bottom line is to “keep a tighter reign on the creative process”. Avoid being at the mercy of your client and putting on a “dog and pony show” just to prove you deserve to be hired. You’re the expert.

If you can’t uphold a one-mockup-only policy, be ready to draw the line when they ask for a hybrid of your two or three designs. Or ask for a pay raise.

I’m just scratching the surface of the design discussions that are already out there, but as both the year and the decade end and 2010 comes rolling in, it’s time to shake things up!