Just about the time it’s become almost trivial to create rounded corners, Facebook suddenly decides to go back to its originally boxy, “razor cut” look. In the announcement, the Facebook design team reveals its priority:

Since we introduced rounded corners to Facebook, their consistent use has been spotty at best. The corner radii vary, and it sometimes feels arbitrary which corners are rounded and which are not. Additionally, they add an extra layer of complexity to the code (note: IE, please add support for border-radius).

As part of the effort to simplify our visual style, the design team recently decided to go back to our square corner roots. In doing so, we hope to champion cleanliness and the razor cut look that Facebook is known for.

That’s choosing consistency over the popular choice to go with rounded corners just because it’s a recommended design pattern. Not everybody would have the guts to do that.

Heck, it takes guts for Facebook to keep tweaking its interface, because at each turn it’s spurned so many protesting groups that keeping track of which one is against which feature becomes futile. For all we know, new groups protesting this rollback will surface yet again. 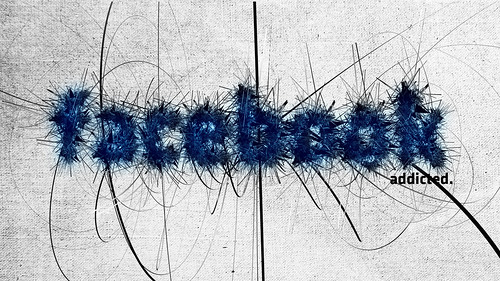 But Facebook always knows what it wants, it seems, and always sticks to its guns. Given the current design trends—from “Web 2.0” gradients, candy colors, large fonts, and rounded corners, to Apple-inspired interfaces, to the highly detailed grunge and Victorian textures—would you, as a hypothetical head of the Facebook design team, have come up with something like its current look? Or would you have changed it? Save for the already-gone rounded corners, people wouldn’t have pegged this site for a spawn of the Web 2.0 era. It didn’t feel the need to look like one. Its features already spoke volumes.

Let’s talk feature redesign. The most controversial one so far, which put the status updates on the homepage, has also redesigned the social networking design pattern as a whole. It’s not just a copycat of the Twitter or FriendFeed (which it just acquired) interface, but emergence of the Real Time Web had a lot to do with it.

Back in the glory days of MySpace and Friendster, Facebook had a chance to copy its ability to ultra-customize profiles with custom CSS and background images. And there was a time when FB’s apps messed up profiles that things almost looked as horrible as any MySpace or Friendster page, but Facebook once again swept in and prioritized consistency. Over total freedom.

Facebook always seems to be choosing the unpopular, unconventional path, but it’s now the most popular social network on the planet, and the 3rd most popular site in the world second only to Google and Yahoo! They must be doing something right.