Guess whose turn it is to bring Internet Exploder into the 21st century. Google has been dipping its fingers and toes everywhere, including the browser market. But it wasn’t content with creating its own; it just had to meddle with everyone’s favorite browser, IE. And based on the name, Google Chrome Frame quite literally puts Google Chrome into Internet Explorer (versions 6, 7, 8). That is, Chrome’s support for HTML5 and its JavaScript engine.

For ordinary users, it means having to download a plugin for IE so it works just as well as any other modern, standards-compliant browser does. For developers, it means adding a meta tag so their websites work better.

Mozilla has done something similar.

A few months back, Mozilla released a <canvas> element plugin. It’s really not a new concept; clearly folks at Mozilla and Google are taking drastic measures so they can slap sense into IE.

And look how well they’re doing with that.

Let’s turn the tables on this one: would Microsoft even think of creating extensions for competing browsers? Would we even find this acceptable? Of course things are different; Firefox and Chrome work worlds better than Internet Explorer ever has. You don’t see Kill Firefox or Kill Chrome campaigns, do you? 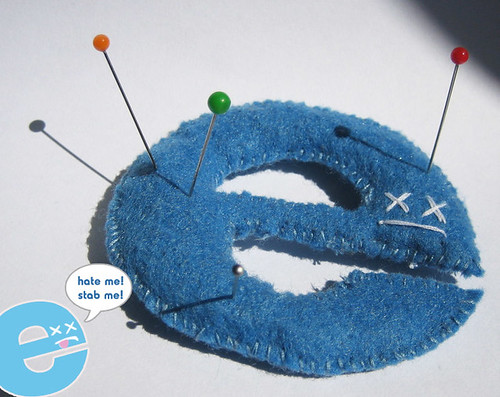 This is not a cure-all

If you don’t have enough privileges to install plugins on your workstation, the plugin and meta tag combo is useless. It doesn’t solve the biggest roadblock to dropping IE6. And if you can install programs on your computer, why not just get Chrome anyway?

Though it’s a valiant effort to bring the IE6 user stats down by a few notches, web designers and developers would still have to test for browsers without Chrome Frame.

Can you say passive-aggressive?

But is it really a charitable deal with a hint of “desperate times call for desperate measures”? If anything, this move by Google (and Mozilla) is an elegant finger to Microsoft.

Google could just sit on its pretty throne, throw more resources into advertising its own browser, and wait ’til it eventually dominates the market. Search, email, advertising, online office suite, VoIP, real-time protocol: everything it touches turns gold. History is on Chrome’s side.

But there’s more to Google Chrome Frame as it seems to scream: “when will you ever get your act together, Microsoft!”—masked by a 24-karat, “we’re here to make the Web a better place” grin.