In yet another interesting turn of events, two of the biggest issues when it comes to web design and development make way for the newer, better versions of themselves. 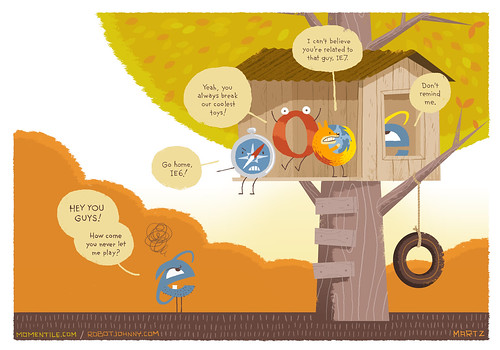 Asa Dotzler of Mozilla reports that IE6 usage has now been overtaken by IE8, based on the browser tracking data from Net Applications. This happened as recently as June 2009.

Of course, specific demographics on your respective websites will vary, but this trend is a sign of things to come. And we’re not talking about years anymore, but months.

I’d have to commend Internet Explorer team on their great marketing efforts to improve the IE8 adoption rate. Even if Microsoft’s latest browser is up to snuff compared to the likes of Firefox, WebKit (Safari/Chrome), and Opera—see these comparison charts for HTML5—it’s a big step.

This is it, guys. Freedom. 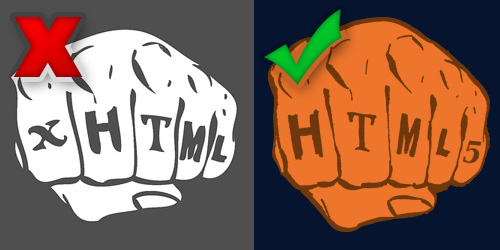 Slashdot reports that the XHTML2 Working Group charter is expiring by the end of 2009, and it will not be renewed. The W3C has also decided to pour more resources into the HTML5 working group.

Those who weren’t paying attention to this seeming sibling rivalry between XHTML2 and HTML5 can now rest easy. Though I’m not sure if XHTML2 ever stood a chance given how all the web gurus were backing HTML5 as early as last year. Google is on board, too. And everybody else is starting cash in on its growing popularity.

The good thing about XTHML was that it enforced well-formed markup, with strict provisions for lowercase code, quoted attributes, and trailing slashes for empty elements. Thankfully HTML5 this coding convention too, and can be served as a serialized XML document dubbed XHTML5.

At least we wouldn’t be forced to choose between the two anymore. Competition is good, but not here. We need standards.

How convenient is it that we have two less things to worry about now? Very, but now that they’re gone, it’s time to make up for lost time: