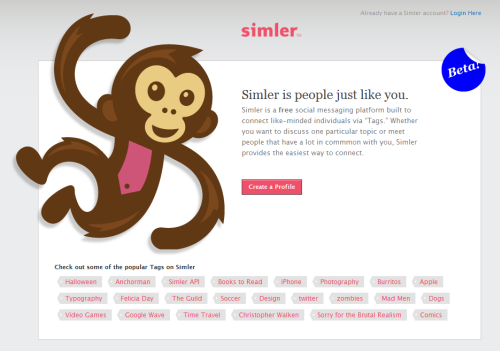 I don’t think that Simler will be a Facebook or Twitter killer, but there are several features that interest me enough to not stop thinking about it. (That’s gotta be a good sign right? Knowing how that went for Twitter?)

Simler poses interesting questions regarding how we pursue our interests on the Web. Do you join groups because your friends are in it? the cool kids are in it? or because you’re interested in the discussions? Are you tired of the insipid updates filling up their live streams? Should you take a more active role in choosing the content you see? Is the level of control for doing so enough?