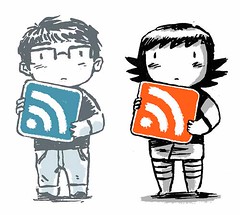 Here’s another technology being given the Real Time Web treatment: RSS. There’s PubSubHubbub (PuSH), created by the mother of all search engines and there’s rssCloud, created by the father of RSS. You can tell just by the people behind both projects that this is a Big Deal.

I won’t get into the technical details—mostly because I can’t—but these two protocols are built on the same idea of push notifications instead of pull, which is the current setup. Feed aggregators won’t have to check every now and then for any updates; they’ll come right in when they’re published.

The score seems to be in PubSubHubbub’s favor right now, and it certainly calls attenion based on name alone. But Dave Winer had the idea as early as 2001. And who knows what will happen in the next few months.

What matters is the feed reading system is getting a much needed upgrade especially with all this talk of it being dead. RSS? Dead? 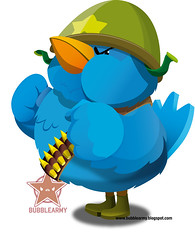 Like Bwana, I scoff at people who run through the streets proclaiming “RSS is dead! Long live Twitter!” Aside from the obvious non-parallel comparison between a protocol and a web app, he explains it nicely:

Those who claim RSS is dead don’t realize their newfound love for Twitter would be moot if it were not for RSS. Breaking news on Twitter comes from two main sources in my mind: websites and personal experience. For tech news, I doubt there is much personal experience for news unless there’s a conference or an event. Most juicy, 0-day news comes from websites. These websites often have a… wait for it… RSS feed. The race to post tech news first on Twitter usually stems from who can refresh their RSS reader the fastest.

So here’s to RSS: I’m not sure what the Web would do without you. Pretty sure that’s how many feel about Twitter too, but let’s talk again when it goes from webapp/API level down to the protocol level. And when it scales properly, of course.

Postscript: Both PuSH and rssCloud support Atom. RSS and Atom are both feed delivery mechanisms, but you won’t see people yelling “feeds are dead!” or “Atom is dead!”, as they have ignored any distinctions among the three for ages now. So for the sake of simplicity I mentioned only RSS above.