Everything old seems to be new (and hip?) again. And I’m not too sure I’m happy about it. 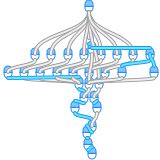 Shorter URLs are all the rage these days because of Twitter and its 140-character limit. If you’re one of the top sites on the web is practically mandatory for you to roll out your own URL shortening system. Ars Technica, for example, whose official URL is arstechnica.com, also has arst.ch. If you’re on a CMS like WordPress, you’re advised to give out the post ID permalink instead of the keyword-rich permalink of your blog post for the same reason.

Not too long ago, SEO and usability experts were on the same side and recommended readable URLs. Now that Twitter is the new internet marketing (I think they call it social media now) battlefield, the rules changed. When the next killer Web 3.0 app comes out, will we compromise and adjust once again?

But then again, has the Web ever stood still? Maybe I just thought it was beginning to.

You can now style scrollbars and perform animations using CSS in WebKit browsers.

I remember when Internet Explorer started to support scrollbar styling and almost every personal site took advantage of it. But then they grew out of it and were told by the gurus not to mess with the browser chrome.

I also remember <blink> and <marquee>.

But then again, “styling scrollbars isn’t messing with the chrome anymore than styling a button is.” Would the world be a saner place if browsers behaved the same way and all looked alike?

Digg has come out with its own version of the external page framing mechanism which they call the DiggBar.

Said mechanism is nothing new, and never really died out even to be considered a comeback, but Digg has a powerful following by all that which is noisy in the blogosphere to build a considerable amount of buzz. And no matter how you look at it, framing external pages is still framing, reminiscent of the era when HTML framesets were considered cool.

But then again, perhaps in this new era listening to the clamor of the crowd is no longer a fluke, but a very real way to improve one’s business.