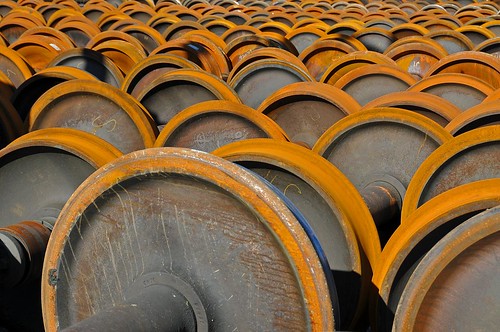 No, this is not about plagiarism.

Imagine my surprise when Jeffrey Zeldman blogged about a list of 60 WordPress themes. A few minutes before that, I found Douglas Bowman bookmarking another list, also from Smashing Magazine. It’s like my feed reader was trying to tell me something: yes, a list article can bring an interesting discussion if you’ll just let it.

Back to Zeldman’s post, which started a discussion on whether you should use existing themes for your own design:

…Even if you are a designer, you may ask yourself if you really need to perform that next site redesign from scratch.

Every once in a while I get clients that specifically want existing themes to be customized instead of starting from scratch, so clearly there is a demand for the practice. If clients have enough initiative to choose it as a solution, then why not? Does it take more effort to find and customize than start from scratch? Depends on how comfortable you are with someone else’s code, how much you trust the other designer’s expertise, and how much you need to customize.

The bulk of the debate will probably lie mostly in this situation, but to me it boils down to don’t reinvent the wheel, but don’t get complacent either. While it is a shortcut for building a website, it is not a shortcut for conceptualizing the website.

So the other situation is this: Sometimes I envy all the beautiful themes and templates out there because I don’t really get an opportunity to use them for myself. Does choosing to use someone else’s work for a web designer’s own website make sense? It seems counterintuitive but a real problem: sometimes we barely have time to dedicate to our own projects. Sometimes we just want to use something ready-made and have fun with it.

Although there are frameworks for practically level of development these days, from CSS to JS to PHP to whole themes, they are created specifically as tools for designers; they aren’t really products for designers as consumers. What I’m talking about are the real themes that are smart enough, beautifully-designed enough to meet your discerning needs. It could be as stark as Cutline or as detailed as WordFolio: compare this and this. (Now that would be good idea for a list article: websites that are highly customized versions of existing themes. Not to mention a good source of inspiration. A niche gallery, even!)

We could probably exclude portfolio sites since web designers would prefer to show off their skills on them—but even that argument can be ruled out if the customization is custom enough. Take blogs, tumblelogs, and other secondary sites that still belong to a web designer but don’t necessarily need a design from scratch. The issues with the client scenario website still apply, but there’s the added pressure of being your own worst critic.

Would you be confident enough to use one, or would you lose sleep at night without customizing at least some bit of it to keep your design cred intact? It doesn’t have to be a bad thing; it could be a different type of challenge.