Blame it on the need to express oneself in as many avenues possible, or the tendency for this community to navel-gaze out of narcissism or frustration, but you can’t deny how comic strips are a brilliant outlet for these designers. Each carries a different subject, sense of humor, and illustration style that you’ll want to subscribe to all of them. 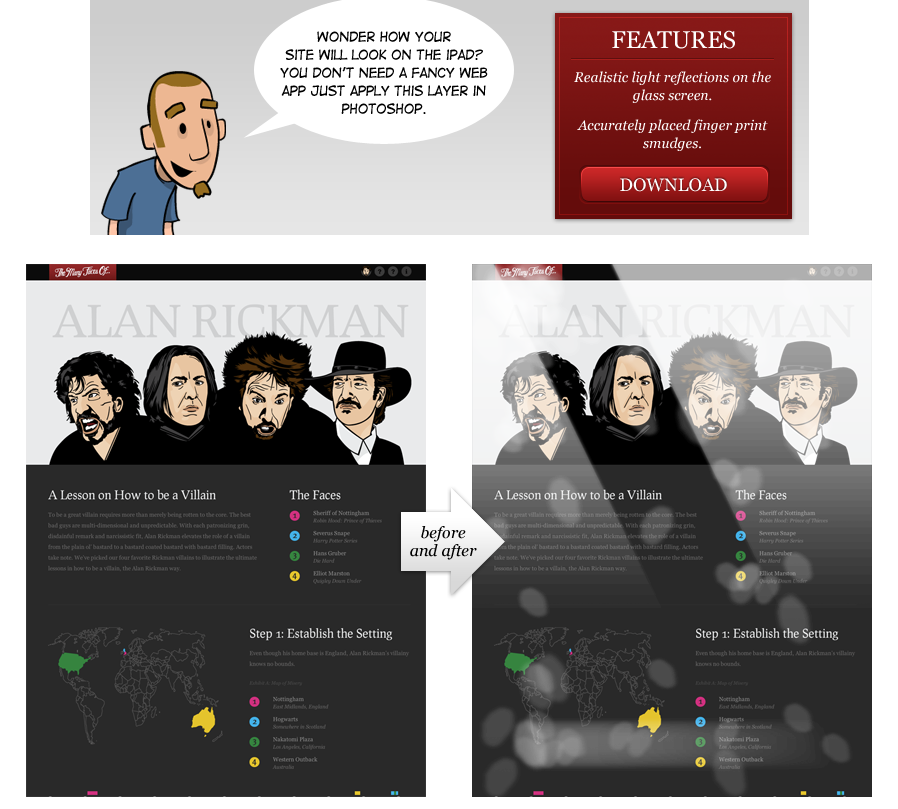 Brad’s also been tapped to create more informative strips such as Learning About Contrast in Design and Misunderstanding Markup: XHTML 2/HTML 5.

I’ve mentioned CSS Squirrel when he announced his branching out to podcasting, but poking fun at the latest industry developments and insider info is where he shines.

NC goes through the ups and downs of freelancing at Freelance Switch’s Freelance Freedom. The man behind Mingle2 and SEOmoz, Matthew has gone on to create humorous quizzes and infographic-style comics at the very viral The Oatmeal. Phil does a front-end spin on the British soap The Eastenders.

Ricardo Gimenes: Behind the Websites