Students of the present times are very lucky in that they have modern technology easily available to them. Unlike in the past when students only have to rely on their books and those they can find in the libraries, the youth of today have varied tools they can use for different purposes. 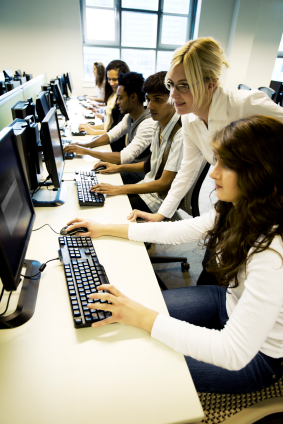 The internet technology, for instance, they can use for entertainment, for their education, work and for researching information to guide them in purchasing products and services. In addition, it allows them to engage in an activity that can enhance their skills and even earn them an income while still in the process of completing their education.

The internet savvy students have a great potential of achieving success in their youth. Statistics show that in the U.S. alone, there are nearly 40 million young people both children and teens considered to be active internet users as of 2012. They make up 62.8 percent of the country’s total population and 18.6 percent of the total internet user population.

As these youngsters continue to be active in using the internet, they increase their knowledge of the technology and other new digital tools that are introduced in the market. Depending on their interest and the way they use them, they are likely to be influenced positively by what they read and use online.

Those who love designing graphics and blogs can get inspiration from the web and may be influenced to later become a web or graphic designer. This job is one of the most in demand and high-paying today.

Those who often play video games and other online PC games can be inspired to develop their own games later on. In the U.S., more than 80,000 people are employed directly and indirectly by computer and video game companies.

Those who love writing down their thoughts, ideas and experiences can be inspired to pursue blogging and web writing as an early career. They can even start on their own and when they are able to increase their web traffic, they can expect to attract advertisers and eventually earn an income.

Some companies even offer scholarships to student bloggers who are able to show their skills in writing. As an example, a Direct2TV Scholarship is now available to students who are into blogging.

Those who love the technical side of things can learn to develop an interest in computer engineering, creating applications and programs as they grow up. A study done by Economic Modeling Specialists International (EMSI) and CareerBuilder showed that software developer is the best job for 2013. The Bureau of Labor Statistics also projects an increase of 30 percent in the number of software developers by the year 2020.

It cannot be denied that the internet also has its positive influence among the youngsters of today. As long as students find the benefits to using this technology, they can be sure of a bright future ahead of them and a high-paying job.